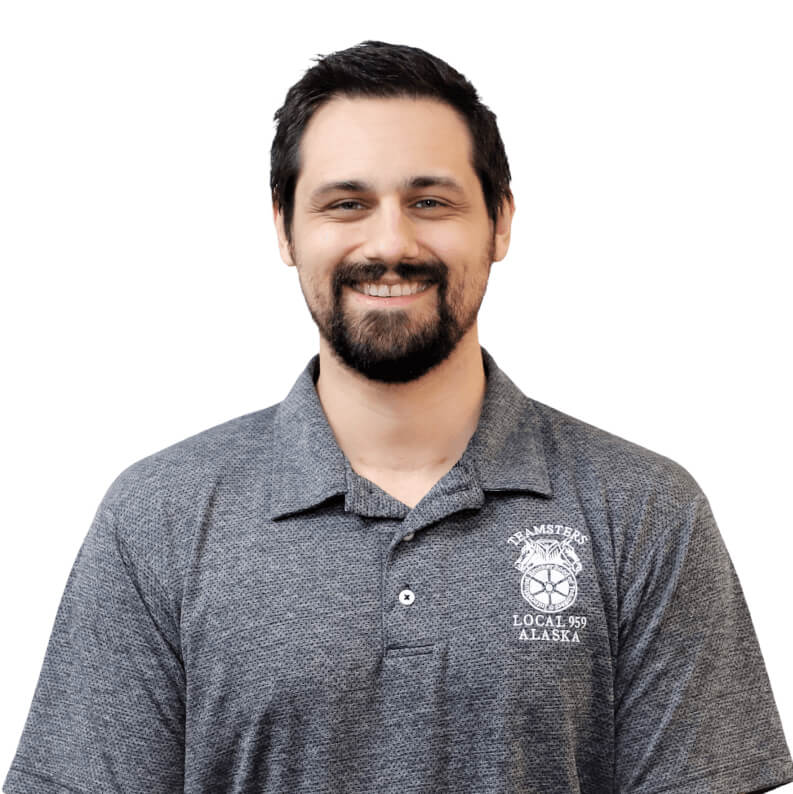 Jarrod is a first-generation Alaskan, born and raised in Fairbanks by Texas transplants. He served four years on active duty in the Air Force as a combat communications Satcom/radio systems technician before joining Teamsters Local 959 as an Operations and Maintenance tech for ASRC/N.O.A.A., at the Fairbanks Command Data Acquisition Station (FCDAS) in 2016. During his time at FCDAS, he used his G.I. bill to complete a B.S. in Business Management from Western Governors University and was nominated by his peers to serve as one of three shop stewards in 2017. Spare time and work/life balance were hard to come by until accepting his current role of Business Representative with Local 959 in early 2022, but he spends his time off playing hockey, wandering through nature, playing guitar poorly, lifting weights, and is on a lifelong quest to find the best peach cobbler in the world.